Substance abuse is common in the United States, with nearly 20% of... 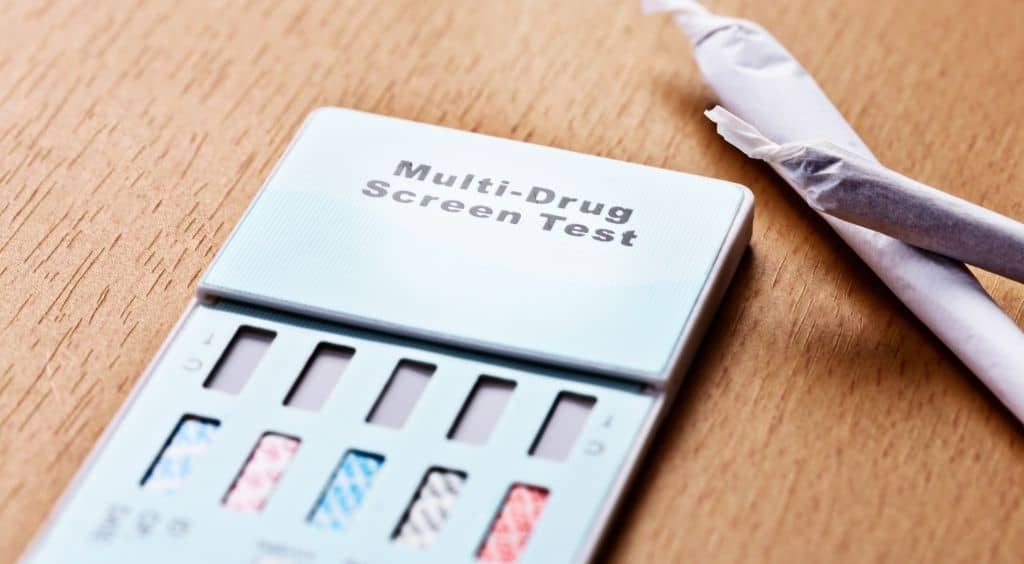 Substance abuse is common in the United States, with nearly 20% of people abusing illicit and prescription drugs in the past year.[1]

When someone uses drugs, the substance will travel through their blood and eventually enter the liver to be metabolized. While most of the drug leaves the system, metabolites are left behind for a certain amount of time.

How long a drug stays in the system depends on a variety of factors, including:

What is a 5 Panel Drug Test?

5-panel drug tests are a drug screening tool that can identify 5 types of drugs in a person’s system. These are used most commonly because they cover the most common drugs of abuse; marijuana, opiates, PCP, cocaine, amphetamines/methamphetamines.

When it comes to drug testing for employment opportunities, employers usually go with the 5-panel drug test. This is because this type of test is the standard according to the federal government’s mandatory guidelines for workplace drug testing.[2]

This type of drug test can use urine or hair samples to screen for the 5 most commonly misused substances. Typically, urine tests are used more frequently because they are cheaper, faster, and less invasive.

What Does a 5 Panel Drug Test Screen For?

The 5-panel drug test screens for marijuana, opiates, phencyclidine, cocaine, and amphetamines. On average, a 5-panel urine test can detect these substances between 4 to 7 days after the individual uses the drug. When it comes to 5-panel hair follicle tests, these drugs are detectable for up to 90 days.

THC is the shortened version of a substance known as tetrahydrocannabinol. This substance is found in marijuana, one of the most commonly abused drugs in the country. Marijuana can be found in various forms, including buds of flower, oil, hash, and baked into foods or drinks.

While marijuana is legal medicinally and recreationally in some states, every employer in the country has the right to a drug-free workplace. With that being said, many companies use 5-panel drug tests to screen for this substance.

THC is metabolized in the liver, leaving behind a metabolite called THC-COOH. This metabolite is detectable for 5 to 7 days in a urinalysis drug test. It is important to note that individuals who use large amounts of marijuana frequently may have a larger buildup of metabolites in their system, causing them to test negative longer than the norm.

Opiates are substances used to create drugs like heroin or morphine. They are derived from the poppy plant that originated in southeast Asia. These drugs can be smoked, snorted, swallowed, or injected and create an intense euphoric high.

Because of the high these drugs produce, they are highly addictive. Additionally, they make individuals experience decreased motor skills and poor coordination, causing it to be dangerous for a person to work while on opiates.

Typically, opiates are detectable in a 5-panel urine drug test for about 8 hours after using them.[3] This is because they have a short half-life, causing them to be eliminated from the body faster than most substances.

PCP is the shortened version of a drug known as phencyclidine or angel dust. This drug is highly addictive and dangerous, as it is known to cause hallucinations and symptoms similar to psychosis.

Because of the dangerous nature of this drug, employers must ensure that their prospective employees are not currently abusing the substance. PCP is detectable in the urine for a longer window of time than opiates, at about 5 to 10 days after using the drug.

Cocaine is a strong stimulant drug that is highly addictive. Oftentimes, individuals abuse this drug to enhance their performance at work, school, and even in the gym. However, abusing cocaine can also lead to extreme paranoia, violent outbursts, and even delusions.

This substance is detectable in a urine drug test for up to 4 days after an individual uses it.

Amphetamines are powerful stimulant drugs that include prescription medications like Adderall and illicit drugs like methamphetamine or meth. These drugs might be abused for the same reasons as cocaine, however, they tend to be more potent and cause increased addiction issues.

The 5-panel drug test screens for amphetamines by looking for the benzoic acid metabolites in urine. In urine, these substances are detectable for up to 4 days after use. Hair tests can detect amphetamines for up to 90 days.

The drugs that 10-panel drug tests can detect in the urine or hair include:

Find Substance Abuse Treatment Near You

If you or a loved one suffers from drug addiction and have failed a drug test for work, it may be time to consider attending addiction treatment. Substance abuse treatment centers can help you or your loved one learn how to cope with everyday life without the help of drugs or alcohol. Additionally, taking advantage of the tools provided by an addiction rehab program will help you gain employment without worrying about failing a drug test.

Contact Addiction Intervention today for more information on how to get connected with a substance abuse treatment center near you.