Can You Mix Mucinex and Alcohol?

Alcohol abuse is a common issue in the United States, with about... 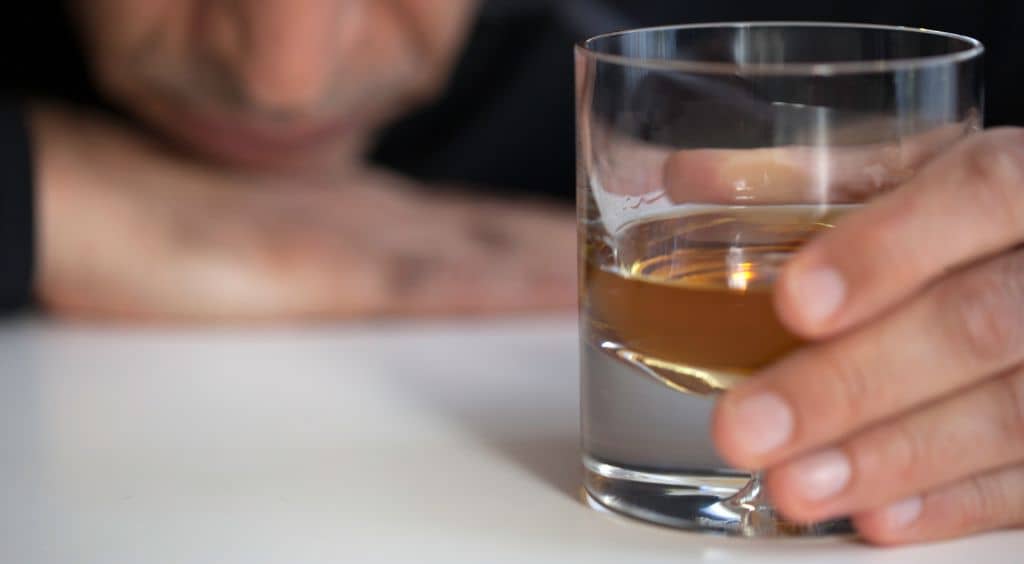 Alcohol abuse is a common issue in the United States, with about 86% of people ages 18 or older using alcohol at least once in their lifetime.[1] Because alcohol use is so common, many people fail to realize that this substance has several interactions with everyday medications. Even over-the-counter medications can cause life-threatening effects when they are mixed with alcohol.

Mucinex, a seemingly harmless over-the-counter sinus medication interacts with alcohol negatively. With that being said, it is important for you to be aware of the possible dangers of mixing alcohol and Mucinex.

Mucinex is a medication that you can buy in your neighborhood pharmacy over the counter. This medication is used to temporarily treat the symptoms of sinus or chest congestion that are caused by common colds, bronchitis, or other respiratory illnesses.

Mucinex contains guaifenesin, an expectorant that works by thinning and loosening mucus in the airways to clear congestion and make it easier for you to breathe.

The common side effects of Mucinex include:

If you experience the signs of an allergic reaction such as hives, difficulty breathing, swelling of the face, tongue, lips, or throat, contact emergency medical services immediately.

There are a few different types of Mucinex, each providing varied effects. The two main types of this medication either include acetaminophen or dextromethorphan, which are two substances that interact negatively with alcohol.

What Happens When You Mix Mucinex and Alcohol?

The main ingredient in Mucinex is known as guaifenesin, which is not known to interact negatively with alcohol. However, Mucinex DM contains dextromethorphan, which is known to cause a wide range of adverse effects when mixed with alcohol.[2] Similarly, the other type of Mucinex medication contains acetaminophen, which can cause adverse reactions if mixed with large amounts of alcohol.

Dextromethorphan is a substance that is found in certain types of Mucinex products. This substance is used to suppress coughs that are caused by the common flu, colds, or other types of conditions. Dextromethorphan belongs to the antitussive class of medications, which work by decreasing activity in the brain responsible for coughing.

While Mucinex containing dextromethorphan is effective in treating congestion and coughing, mixing this product with alcohol can be very dangerous.

When taken in high doses and mixed with alcohol, Mucinex that contains dextromethorphan can cause:

Additionally, it is important to note that dextromethorphan is often abused for the high it can produce when taken in large amounts. If you abuse dextromethorphan, you are already at an increased risk of experiencing an overdose. When you mix this substance with alcohol, your chances of overdosing or experiencing a coma increase substantially.

Some Mucinex products contain acetaminophen instead of dextromethorphan. Acetaminophen is a medication that is used to reduce pain and fevers. This medication is an anti-inflammatory pain reliever drug.

While people do not abuse this substance to experience a high, some people attempt to overdose on this drug as a form of self-harm or suicide. Taking large amounts of acetaminophen can lead to life-threatening effects.

Adults who weigh at least 110 pounds should not ingest over 1000mgs at a time or over 4000mgs per day. Children younger than 12 years old should not take more than 5 doses in one day.[3]

When Mucinex that contains acetaminophen is mixed with alcohol, the risk of experiencing adverse effects increases substantially. One of the most common risks of this mixture is liver damage. The symptoms of liver damage caused by acetaminophen and alcohol include:

If you struggle with an alcohol use disorder, your risks of experiencing liver damage are increased. This is because long-term use of alcohol can lead to liver damage in the same way that acetaminophen can. When the two substances are combined, your risk of liver injury is increased tenfold.

Dangers of Mixing Mucinex and Alcohol

When you take both of these substances together, your body begins to attempt to metabolize them at the same time. This causes your metabolism to slow down, leading to longer and stronger effects of alcohol. While this may seem attractive, this can become extremely dangerous, sometimes leading to an alcohol overdose.

If you or a loved one suffers from an alcohol use disorder, taking any over-the-counter medication can become dangerous. This can cause it to become difficult to treat the symptoms of colds or cases of flu. This is only one of the negative aspects of suffering from alcoholism.

Being unable to stop drinking alcohol to take a medication that will make you feel better is a sign that you have a drinking problem. Addiction Intervention can help you get connected with a top-rated alcoholism treatment program in your area today. Contact us now for more information.