Zoloft is the brand name for a medication known as sertraline. This... 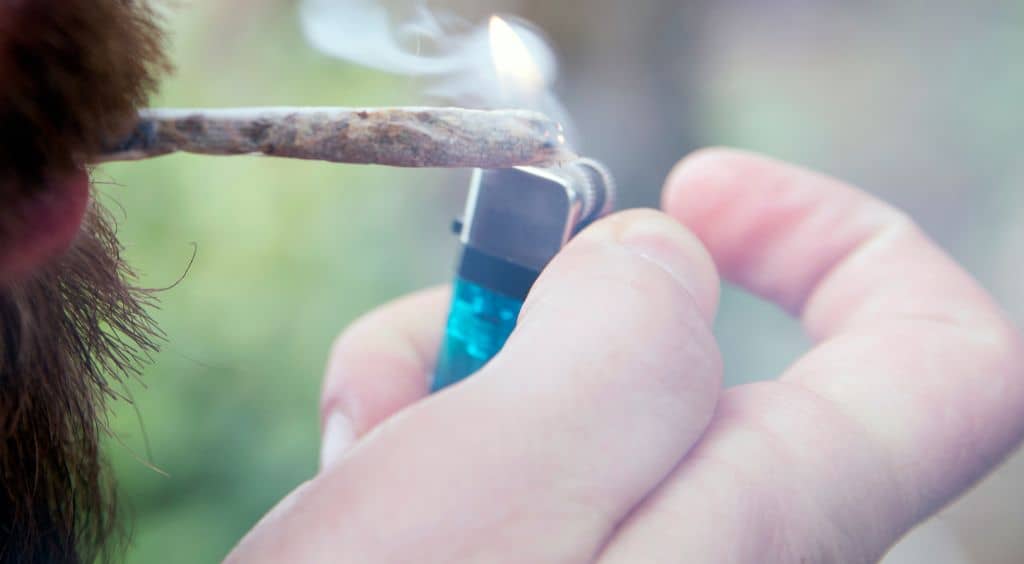 While sertraline is generally a safe medication to take, some medications and substances are known to interact poorly. One of the most commonly abused substances – marijuana – is dangerous to combine with Zoloft. This is extremely important for individuals to be aware of, as about 48.2 million Americans abuse marijuana.[1]

How Does Zoloft Work?

Because Zoloft is a selective serotonin reuptake inhibitor (SSRI), it increases the production of serotonin in the brain. People with conditions like major depressive disorder or social anxiety have abnormally low levels of serotonin, making it necessary for them to take a medication that helps them produce enough of the chemical.

While experts are unsure what causes the low production of serotonin in individuals with these conditions, they think it has to do with impaired serotonin pathways in the brain. This doesn’t answer the question of whether depression comes before the low levels of serotonin, or if this depletion is what causes depression and anxiety. While Zoloft does not immediately cure depression, it does begin to ease a person’s symptoms after 3 to 4 weeks of taking the medication.

How Does Marijuana Work?

Marijuana is a substance that affects the endocannabinoid system in a person’s brain. This is because marijuana contains tetrahydrocannabinol (THC).

The endocannabinoid system is responsible for appetite, memory, mood, and pain relief. Because of this, some people consume weed to improve symptoms of pain, and their mood, or to increase their appetite. However, not everyone reacts the same way to the effects of marijuana.

The side effects of consuming marijuana include:

Some people who suffer from mental health conditions may react negatively to marijuana. For example, people with a predisposition to psychotic disorders can experience an episode of psychosis as a result of marijuana consumption. As a result, people with psychiatric disorders need to be cautious with THC products.

While there is limited research on the effects of mixing Zoloft and weed, some experts say there are interactions between the two substances.

The Dangers of Mixing Weed and Sertraline

When someone is mixing weed with an antidepressant, like sertraline, they face an array of dangers. Some of the risks associated with this combination include a compromised therapeutic response, a higher risk of a bad reaction to Zoloft, and a dangerous condition known as serotonin syndrome.

Dangers associated with mixing marijuana and sertraline include:

Increased Side Effects of Zoloft

Like many substances, Zoloft is metabolized through the liver. When someone smokes marijuana, their liver enzymes become compromised.[2] As a result, the body is unable to properly metabolize sertraline, causing a higher risk of adverse side effects.

Some side effects of weed and Zoloft overlap. For example, both substances can cause dizziness, fatigue, drowsiness, confusion, and difficulty concentrating. When the two substances are combined, these symptoms can become exacerbated.

One of the reasons it is dangerous to mix weed and Zoloft is because both substances cause an increase in serotonin production. People who take more than one medication that increases serotonin in the brain are at a high risk of experiencing a condition known as serotonin syndrome.

The symptoms of serotonin syndrome include:

Zoloft is a medication that can significantly increase an individual’s ability to function in their daily lives. This medication is especially good for people who suffer from depression or anxiety disorders. However, it is important for people who take this medication to refrain from using THC products unless consulting with their doctor beforehand.

If you suffer from a marijuana use disorder and cannot stop using the drug, it is time to seek professional treatment. Contact Addiction Intervention today to get connected with a top-rated addiction treatment center near you.