Dangers of Mixing Heroin and Benzodiazepines

Substance abuse and addiction are major problems in the United States. So...

Substance abuse and addiction are major problems in the United States. So much so, that we have seen around 700,000 overdose deaths in the U.S. since 2020.[1]

Benzodiazepines like Xanax are among the most popular drugs of abuse. While benzodiazepines are legal with a prescription, heroin is an illicit opioid drug found on the street.

Unfortunately, many people suffering from addiction also struggle with polysubstance abuse. Polysubstance abuse is defined as abusing two or more drugs simultaneously. This can be extremely dangerous, especially if someone is mixing heroin and benzodiazepines.

Heroin is an illicit opioid drug that affects the central nervous system (CNS) of the brain. This drug causes intense feelings of euphoria, dulled pain senses, and relaxation. Heroin is classified as a Schedule I drug by the DEA due to its highly addictive qualities.

Effects of heroin include:[2] 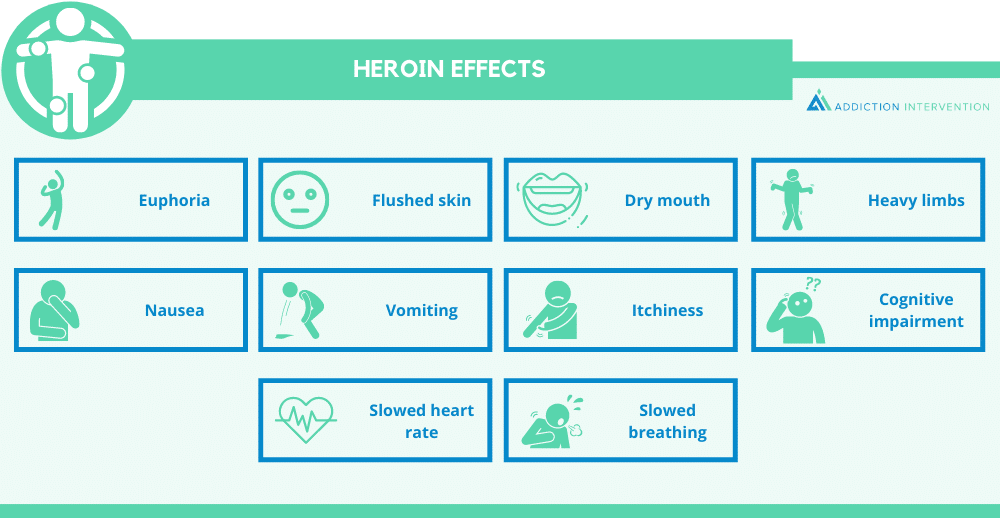 Many people who abuse heroin inject the drug intravenously, but others smoke or snort the substance.

Heroin abuse poses an extreme risk of overdose. This risk increases substantially when heroin is mixed with other drugs.

Benzodiazepines are prescription medications used to treat anxiety and seizure disorders. While these substances are legal, they are highly addictive.

Some of the most commonly used benzodiazepine drugs include: 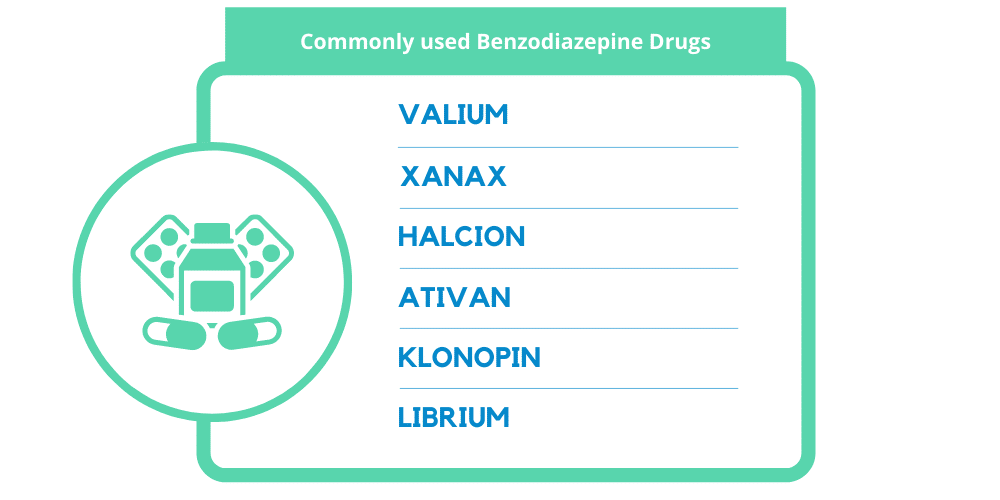 Like heroin, benzodiazepines affect the CNS. However, the effects of benzodiazepines are most comparable to alcohol, barbiturates, sleeping pills, or GHB. People typically experience feelings of euphoria, drowsiness, slurring of speech, impaired thinking, and memory loss.

What Happens When You Mix Heroin and Benzodiazepines?

Heroin and benzodiazepines are both central nervous system (CNS) depressants. CNS depressants work by slowing down brain activity and respiration rates. This is why mixing the two substances is so dangerous.

Taking two CNS depressants at the same time can cause vital body functions such as breathing and respiration to slow down to life-threatening rates. Because both drugs slow down the CNS, individuals who take them at the same time experience a compounded effect, leading to extremely slowed breathing, heart rate, and decreased cardiac functioning.

Despite the dangers of mixing heroin and benzos, individuals continue to combine these drugs. Most individuals take benzodiazepines with heroin because they enhance the effects of opioids. Unfortunately, this often leads to polysubstance abuse, overdose, and possibly death.

The Risks of Mixing Heroin and Benzodiazepines

Most doctors will not prescribe both opioid and benzodiazepine medications to patients because of the serious risks associated.

Polydrug addiction is defined as the mental and physical dependency on two or more drugs at the same time. Because benzodiazepines and heroin are both highly addictive, individuals who abuse both drugs are at extreme risk of developing polydrug addiction.

Polysubstance addiction is extremely dangerous due to the potential of experiencing a fatal overdose. According to the CDC, “In 2019, nearly half of drug overdose deaths involved multiple drugs.”[3]

Addiction to either of these drugs puts individuals at an increased risk of organ and brain damage. Additionally, treating polydrug addiction can be complicated, requiring longer treatment programs and more medication-assisted detox.

Individuals who mix heroin and benzodiazepines are at extreme risk of experiencing an overdose. The CDC reports that 33% of all opioid-related deaths included the use of benzodiazepines.[4]

CNS depressants slow an individual’s heart rate, breathing, and cardiac functioning. When two CNS depressants are combined, these functions are slowed even further and may result in an overdose.

Symptoms of a heroin and benzodiazepine overdose include:

If you or someone you love suffers from addiction, professional help is vital. Polysubstance abuse is extremely dangerous, often leading to an increased risk of fatal overdose. Thankfully, addiction treatment centers across the nation are here to help.