Stimulant drugs are highly addictive substances that cause extreme energy, rushes of... 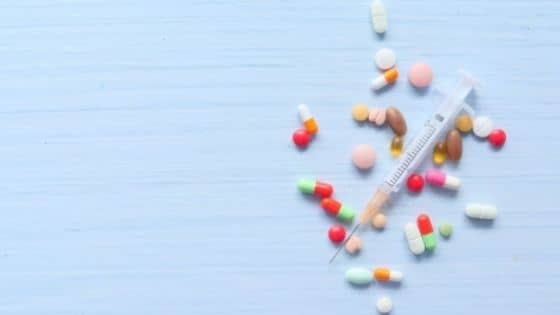 Stimulant drugs are highly addictive substances that cause extreme energy, rushes of euphoria, and even feelings of paranoia. There are prescription and illicit stimulant drugs, both posing a high risk of abuse and addiction. Individuals who suffer from an addiction to stimulants often struggle with an array of physical, psychological, and social consequences.

With that being said, let’s take a look at a list of stimulant drugs from strongest to weakest and discuss how each substance affects individuals abusing them.

Methamphetamine is an illicit drug and is considered to be the strongest stimulant known to man. Meth is so addictive that many individuals have reported becoming addicted to the drug after only one use. Because of this, methamphetamine is an extremely dangerous substance.

When an individual uses methamphetamine, their brain releases a rush of dopamine. This causes their brain to associate meth abuse with feelings of pleasure and happiness, beginning the cycle of addiction.

Meth can be used by smoking, snorting, swallowing, or injecting it. While the most popular method of use is smoking, many individuals suffering from an addiction to meth begin injecting the drug once they have built a tolerance.

The effects of meth abuse include:

Methamphetamine produces a potent and long-lasting high, often lasting as long as 17 hours. This causes individuals to overuse methamphetamine and ingests too much at once, leading to extreme paranoia, aggression, and even hallucinations.

Cocaine or crack cocaine is considered to be the second strongest stimulant available. This substance is illicit, meaning recreational use of crack cocaine is illegal. Cocaine and crack both affect individuals in similar manners as methamphetamine, however, the high only lasts up to 30 minutes.

Cocaine and crack cocaine are highly addictive substances that pose an array of concerning health effects for long-term users. While this drug can produce feelings of euphoria, high levels of energy, and an overinflated sense of self-worth, it can also lead to paranoia, aggression, and psychosis.

The long-term health effects of cocaine abuse and addiction include:

Amphetamines are prescription drugs typically used to suppress an individual’s appetite to promote weight loss. However, these medications are highly addictive, often causing individuals to abuse their prescriptions.

These medications are known to produce effects like increased dopamine, feelings of euphoria, and extreme bouts of energy. This is often what causes individuals to become addicted to their amphetamine prescriptions.

On the other hand, some individuals begin abusing their amphetamine prescription to produce heightened effects of weight loss. This leads to dependency, addiction, and oftentimes the development of a co-occurring eating disorder.

The effects of prescription amphetamine abuse include:

Prescription stimulants like Adderall and Ritalin are intended to treat conditions like attention deficit disorder (ADD) and attention deficit hyperactivity disorder (ADHD). Individuals who suffer from these conditions have an overactive central nervous system. Prescription stimulants have a calming effect on their central nervous system, helping them focus and remain calm throughout the day.

The side effects of prescription stimulant abuse include:

Last on the list of stimulants from strongest to weakest is MDMA. MDMA is also referred to as ecstasy or molly. This substance is an illicit stimulant as well as a synthetic hallucinogen. Because it produces hallucinogenic and stimulant effects, MDMA is often abused in the party and club scene.

Ecstasy works by increasing the production of serotonin, dopamine, and norepinephrine in an individual’s brain. This causes increased feelings of closeness with others, heightened pleasurability, increased energy, and synesthesia. The effects of MDMA are extremely addictive, causing individuals to repeatedly abuse this drug and deplete their body’s ability to produce serotonin.

Stimulant addiction is a serious condition that could lead to an array of psychological and physical health effects. Because of this, attending professional treatment is of the utmost importance. Thankfully, Addiction Intervention Services is here to help.

Whether you need help convincing a loved one to attend treatment or assistance in finding a rehab program that is right for you, we can provide your family with the support you need. Contact us today for more information on how to find treatment for stimulant addiction.