Fentanyl is an extremely potent synthetic opioid drug. While this drug is... 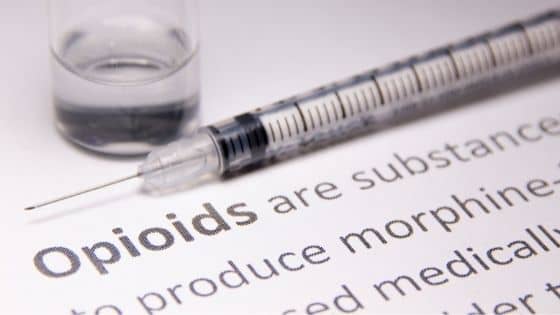 Fentanyl is an extremely potent synthetic opioid drug. While this drug is similar to morphine, it is 50 to 100 times stronger in terms of potency. Fentanyl is a prescription medication used to treat severe or chronic pain.

While fentanyl is a legal prescription drug, many people manufacture and sell this drug illegally. Oftentimes, drug dealers use fentanyl to cut other illicitly made drugs, causing people to unknowingly consume fentanyl. Because of this, fentanyl has been a huge proponent of the current opioid epidemic.

Unfortunately, fentanyl is not the strongest opioid out there. Other synthetic opioids have been created in the past few years, knocking fentanyl out of the number one spot of the most potent synthetic opioids.

Here is a list of synthetic opioids that are stronger than fentanyl.

For human beings, only a tiny amount of this substance could be a lethal dose. Unfortunately, Narcan (naloxone) may not be effective in reversing a carfentanil overdose due to its high potency. Because of this, law enforcement officers and medical personnel are extremely cautious in ensuring that carfentanil doesn’t touch their skin.

Carfentanil is a white, powdery substance that depresses the central nervous system. Just 2mg of this drug (equal to 35 grains of salt) is known to cause death in humans. Sadly, most people who ingest carfentanil are unaware of its presence in their drugs.

Symptoms of a carfentanil overdose include:

Sufentanil is the strongest drug in the fentanyl family that is approved for human consumption. This medication is typically prescribed to treat severe cases of post-operative pain. Sufentanil is known to be five times stronger than fentanyl.

While this drug is stronger than fentanyl, it tends to have a shorter duration of action. However, this is not to say that abusing sufentanil isn’t dangerous. Sufentanil is so much stronger than any drug on the market that individuals experiencing an overdose will require multiple doses of Narcan to reverse the effects.

Symptoms of a sufentanil overdose may include:

U-47700, also known as “the pink drug,” is a synthetic opioid that was developed illicitly. In other words, there are no medicinal uses for this substance.

While U-47700 is only thought to be 7 to 8 times stronger than morphine, this drug is not regulated and is manufactured by criminal drug enterprises. With that being said, there is no way to tell how strong U-47700 really is.

Oftentimes, this substance is sold on the internet and marketed as other opioid drugs like Norco or heroin. When an individual consumes the drug, they are at an increased risk of experiencing a life-threatening overdose.

On the street, U-47700 is referred to as the “pink drug”, “U4”, and “pink”. This drug has been known to cause several accidental overdoses, including the death of Prince – an internationally known rockstar.[2]

Isotonitazene (ISO) is a synthetic opioid drug that is relatively new to the illicit drug market. This substance is most similar to etonitazene, which is a medication used for pain relief. While ISO is not as potent as etonitazene, it is considered to be more potent than fentanyl.

As of now, isotonitazene is causing between 40 to 50 overdose deaths per month in the United States.[3] This means that despite isotonitazene being a new player in the opioid epidemic, it has quickly become a drug of extreme concern.

According to an article on isotonitazene, “The drug also is being pressed into counterfeit pills. Canadian police seized 1,900 pills in March that bore the markings of Dilaudid, but proved to be iso in lab tests, Aussem said.”[3]

Keeping this in mind, individuals who are suffering from ISO overdoses are usually unaware that they are even consuming this drug. Also, isotonitazene is similar to carfentanil as it poses the risk of accidental overdoses by touching or inhaling the drug. This means that extremely small amounts of ISO could lead to a fatal overdose.

Symptoms of an isotonitazene overdose include:

Synthetic opioids are extremely dangerous, with many new designer drugs being more potent than fentanyl. Unfortunately, the United States expects to see more synthetic opioids being created and pushed onto the streets via the illegal drug trade. Because of this, individuals suffering from an addiction to opioids must receive professional help to avoid experiencing an accidental overdose.

Thankfully, programs like Addiction Intervention can help you and your loved one find an addiction treatment center that fits your unique needs. Contact us today for more information on how to find help for synthetic opioid abuse and addiction.