OCPD vs OCD: What’s the Difference Between the Two Disorders?

While someone might see the names obsessive-compulsive personality disorder (OCPD) and obsessive-compulsive disorder (OCD) and think they’re the same thing, they are two very different conditions. Each has a separate set of symptoms as well as unique treatment options and plans. Because many people assume that OCD and OCPD are the same, they often confuse or even misdiagnose themselves when it comes to identifying each condition. This is just one of the many reasons why it’s important to know and understand the differences between OCPD vs OCD.

Read on to identify what OCD and OCPD are, how they differ, and what treatment options are available for both ailments.

What is Obsessive-Compulsive Disorder?

OCD, or obsessive-compulsive disorder, is a chronic condition in which a person will find themselves having unwanted thoughts or impulses. These can be about one specific thing or even multiple things. These thoughts tend to be uncontrollable and intrusive and can even result in the person being unable to perform basic tasks or actions. Someone who suffers from OCD will often feel anxious as a result of these thoughts.

While performing these tasks might temporarily relieve the anxiety, the person doesn’t experience any real joy or pleasure doing them repeatedly. People with OCD often know that what they are doing is excessive or wrong. At the same time, they’re unable to stop themselves from behaving in such a way.

What Is Obsessive-Compulsive Personality Disorder?

Not only will someone with obsessive-compulsive personality disorder expect this of themselves, but they will also project these feelings and expectations on those around them. If someone does not behave in a manner in which they deem fit, they will get angry, indignant, or even depressed.

Those suffering from OCPD tend to have a hard time forming and maintaining relationships due to their expectations of themselves and others. This can lead to constant feelings of social isolation, which can lead to depression. Many people who suffer from OCPD tend to try and fill that void by devoting all their time and energy to their work or another activity. This allows them to fixate on rules and try to obtain perfection. Someone suffering from OCPD will also feel that they are always right and abide strongly by the “my way or the highway” mentality. 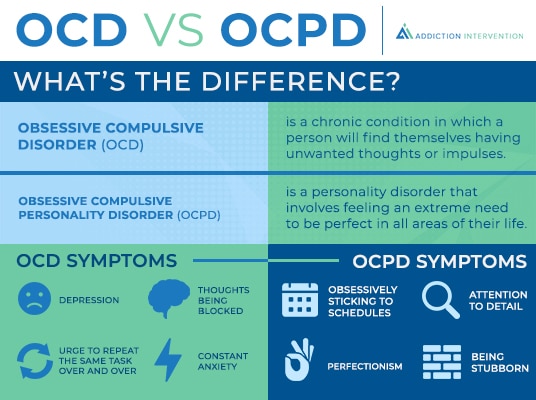 OCPD vs OCD: What’s The Difference?

As we mentioned in the intro, many people assume that OCD and OCPD are one and the same. This can lead to misdiagnosis as well confusion and frustration for the person who is suffering from the ailment. In order to properly identify which of these ailments you might be suffering from, it’s important to know some of the key traits and characteristics of both OCD and OCPD.

OCD traits tend to focus equally on both obsessions and compulsions that affect every aspect of a person’s life. Someone who suffers from OCD might experience the following:

Since OCPD is considered a personality disorder, someone suffering from this will likely find their feelings of obsession and compulsion are more ingrained into their DNA. Someone who suffers from OCPD might suffer from any of the following:

How Do I Know If I Have OCD or OCPD? 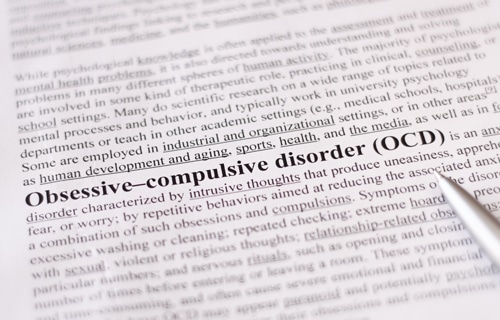 As a result, those who suffer from OCPD are far less likely to seek professional help since they don’t think their behaviors or actions are a problem in any way. While those who suffer from OCD will sometimes allow their issues to affect their work, those with OCPD will sometimes find themselves more successful. This is because of their constant need for perfection and attention to detail.

Presence of Obsessions or Compulsions

People who suffer from OCD will see a fluctuation in their symptoms based on a variety of outside factors such as their anxiety level and their surroundings. On the contrary, those with OCPD tend to have very consistent symptoms due in large part to the fact that it is a personality disorder.

What Kind Of Treatment Options Are Available for OCD and OCPD? 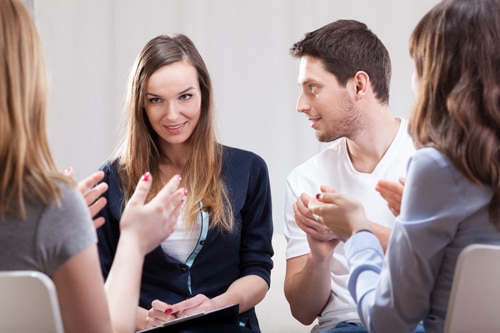 When it comes to psychotherapy options in treating OCD and OCPD, the two most popular are cognitive behavioral therapy (CBT) and psychodynamic therapy.

CBT tends to focus on helping the person suffering notice their behaviors so they can learn ways to eventually change them. This is incredibly beneficial to those suffering from obsessive compulsive personality disorder since, in their mind, they don’t actually have a problem.

Psychodynamic therapy is designed with the intention of helping the person in question understand their conscious and unconscious thoughts and emotions. In the long run, this can help them make better and ultimately healthier choices in their daily lives.

In addition to seeking therapy, some therapists or treatment professionals might also recommend prescribing medication to complement the therapy. This can be beneficial to those who suffer from extreme cases of anxiety, stress, or depression as a result of their OCD or OCPD.

While therapy and medications can be helpful, they can only take you so far. It’s important to know how to deal with feelings and situations when they arise so that you can live a healthy life without some of those thoughts and actions taking over your life.

Doing things like educating yourself about your condition, practicing self-care, and even yoga and meditation to manage your stress and anxiety levels can go a long way. This can prevent OCD or OCPD from taking over your life.

Want To Know More About the Differences Between OCPD vs OCD?

While it might seem like living with OCD or OCPD is impossible, the good news is there are things that you can do so that you can get control of your life back. At Addiction Intervention we want to get you the help that you need so that you can live a happy and healthy life. If you or someone you know is suffering from OCD or OCPD and could benefit from treatment and therapy, contact us today to learn about the different options available for you.