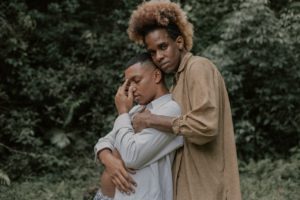 As widespread as alcoholism continues to be, there are many misconceptions and alcohol myths that people continue to believe. There are many untrue beliefs that people hold about alcohol and how it’s used. Alcoholism is a serious condition and can end up causing major problems throughout a person’s life. Without the proper treatment, alcoholism can end up inflicting permanent damage on a person’s body, mind, and life.

It’s important to debunk these alcohol myths and uncover the truth behind alcoholism. If you or a loved one is struggling with an alcohol use disorder (alcoholism), now is the time to get help. Many rehab centers are ready to help you get started on your journey towards sobriety.

What is Alcoholism (Alcohol Use Disorder)?

Alcoholism is a condition in which a person loses control over their alcohol intake. While drinking alcohol here and there is accepted in our society, frequently drinking in large amounts is not normal. Those who suffer from alcoholism have usually become dependent on alcohol to function; without it, they may deal with withdrawal symptoms and other problems.

Before debunking some of the most common alcohol myths out there, it’s important to first know what alcoholism is. Alcoholism usually comes in the form of constant drinking (in high amounts/binge drinking) to the point where it begins to affect a person’s life. Some of the common signs of alcoholism include the following:

If you or a loved one is experiencing any of these symptoms or you’re worried they may have an alcohol problem, Addiction Intervention is here to help. 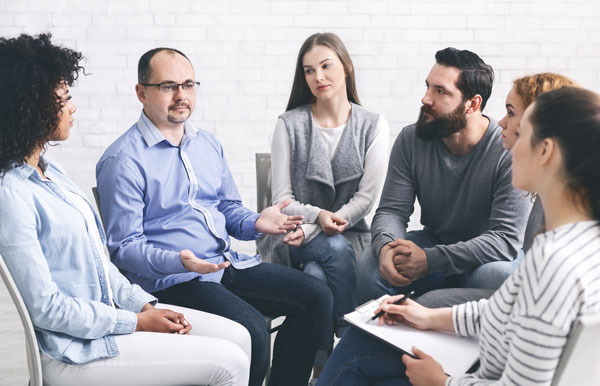 There is a misconception that those who have alcohol problems are uneducated or poor; this is a prime alcohol myth. There are many well-educated and successful people who also struggle with alcoholism. Addiction doesn’t discriminate between class, age, gender, sexuality, or creed. Some may even be able to function while under the influence of alcohol; however, this is usually not the case. Alcoholism can affect anyone, anywhere.

Alcoholism is a disease that affects the person drinking and everyone around them. Close family, friends, co-workers, children, and peers can all be affected by a person’s drinking problem. Watching a loved one change for the worse and become a completely different person can be a painful and stressful situation. This can have a direct impact on their mental health and thoughts on the person. This is one of the most destructive myths of alcoholism.

Alcoholism and addiction are more complex and complicated than simply what a person drinks. Regardless of the drink, excessive drinking will have consequences and effects on a person’s life. Not to mention the domino effect of drinking more and more while potentially mixing alcohol with other drugs. Even if a person’s problem begins with wine or beer, there’s a high chance they may end up on the wrong path. Drinking only wine and beer doesn’t make the situation better; this is just one of many alcohol myths.

This is another misconception about alcohol abuse. A person does not have to drink every single day to have an alcohol problem. A person can suffer from alcoholism if they drink up to 14 drinks a week (14 for men, seven for women) or three to four drinks a day. Heavy drinking and alcoholism are characterized by how much a person drinks not when they drink. Whether it be on the weekends or just a few days a week, a person’s heavy drinking patterns are what describes alcoholism.

As one of the many alcohol myths, this one in particular is an untrue idea. Some believe that people could stop drinking if they had better willpower to do so. If only it were that easy. Alcoholism is an intense condition that is not healed by simply wanting to stop drinking. Along with the physical effects, alcohol has on the body, a person’s mental state can also be affected. Those who suffer from alcoholism do hold a level of willpower; many may be able to hold down jobs or get through their day. There is much more to overcoming alcoholism than simply wishing to stop drinking so much.

The psychological and physical impact of alcoholism on a person’s mind and body is not only complex but is an intense change as well. Those who believe they’ll only have ‘one drink’ or feel they’ll be able to control their drinking usually fail and end up relapsing into drinking again. It is one of many alcohol myths that you can just control your drinking. Those who have fallen deep into alcoholism typically don’t break the habit without professional help. 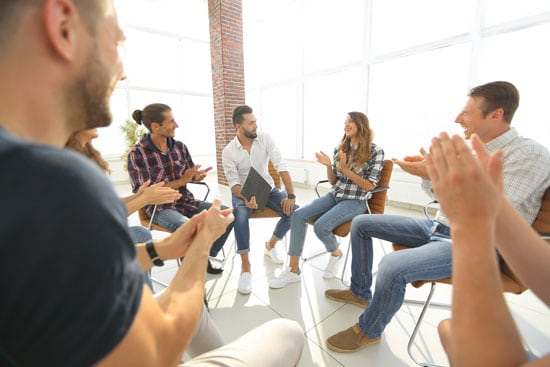 Alcoholics Anonymous (AA) is one of the most widely used support groups for alcohol in the U.S. However, AA and other support groups are not required to overcome addiction. When it comes to addiction and alcoholism, no two cases are the same. While attending a 12-step program like AA may work for some people, for others, a more individualized treatment method may work better. There’s not a clear-cut path for overcoming addiction and there are plenty of treatment programs and methods available to you and your loved ones.

This is one of the more concerning myths about alcoholism, the idea that a person must hit rock bottom before getting better. A person should not have to wait until things have gotten terrible to reach out for help. Some people struggling with alcohol use wait a long period of time before reaching out for help, others get help as soon as they sense something is wrong. While everyone has their own pace, it’s important to be realistic and not wait too long for things to get worse.

As mentioned before, alcoholism and addiction don’t discriminate against age, ethnicity, or background. Anyone can develop a drinking problem, no matter how old they are. As a person gets older, certain factors may contribute to alcohol being more sensitive to them. Certain medications may enhance the effects of alcohol. Many people who abuse alcohol start from an early age; this continues as they grow older. A person can have a drinking problem at any age.

Thinking a person is too old to have a drinking problem is one of many alcohol myths and is simply not true.

No one said overcoming a drinking problem is easy but it certainly is not impossible. With the right support, professional help, and guidance a person can reach sobriety. Seeking professional alcoholism treatment can drastically increase a person’s chance of recovery and can be a great help for relapse prevention after treatment. There are many alcohol and addiction resources available to help a person reach sobriety. There are many myths about alcoholism and reaching sobriety with the right help is not one of them.

Addiction Intervention offers the best in alcoholism and addiction treatment with a variety of trusted local rehab centers. With the right resources and support, a person can overcome addiction safely and effectively. There are several different paths a person can take when getting alcoholism treatment. With this in mind, no two treatments are the same and there is no right or wrong way to do it either. Addiction Intervention provides support for the following treatment options:

Start the Journey with Addiction Intervention

While there are many myths about alcoholism, one thing is for sure: Getting professional addiction treatment is vital to reaching sobriety. If you or a loved one is struggling with addiction, Addiction Intervention is ready to help you toward a better life. The process of finding the right rehab center can be overwhelming, that’s where our team comes in. We’ll help you choose a rehab center and program that works best for you or a loved one. Give us a call to start your journey today!