What Percent of Alcoholics Relapse?

When it comes to those who enjoy drinking alcohol, there are many...

When it comes to those who enjoy drinking alcohol, there are many reasons they might find it pleasurable. Some enjoy the way that it makes them feel, while others love the taste; some people even enjoy the craft of it all. Regardless of what the reason may, alcohol is used far and wide, and it’s more accessible than ever.

People drink for a variety of different reasons triggered by psychological, biological, and environmental. While this doesn’t justify the way some individuals abuse the substance, it does explain why they wind up suffering from substance use disorder. Most often, when people use alcohol as a coping mechanism they do so without knowing how it will complicate their lives further. Patterns of drinking to cope can quickly turn into dependency or addiction and ruin a person’s life.

For some individuals, this reality comes to fruition all too soon. Once you’ve become addicted, you can either do nothing about it or get help. The hardest part about this is that even when you get the help you need, it’s not easy to stay sober. What percent of alcoholics relapse after rehab?

Why is it So Hard to Stay Sober After Treatment? 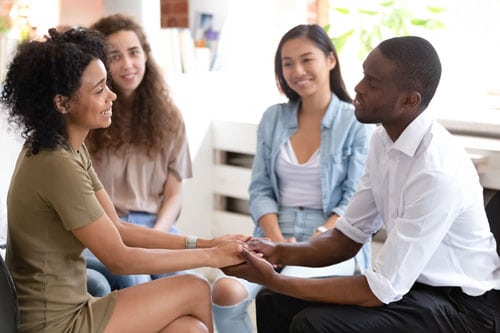 Before establishing what percent of alcoholics relapse after rehab, it’s best to have proper context as to why people wind up doing so. There are many reasons why an individual may pick up a drinking habit again after treatment. Some people just feel lonely. That being the case they don’t have many friends or loved ones to confide in, and before they know it, they’ve fallen back into the pit.

The idea of relapse may seem bogus for those who have never been treated for addiction, but what they might not understand is that treatment is not an end-all-be-all cure; treatment is just the first step in the journey of recovery. After treatment, a person still struggles; there are still days that bring them down and circumstances that trigger unhealthy behaviors. This is the reality of relapse.

Relapse can happen not only when someone is struggling emotionally, but also when they believe themselves to be on top of the mountain. However, if there’s anything to know about climbing the mountain, it’s that the wind blows hardest at the top. Finding ways to deal with the obstacles that arise post-treatment is an imperative step to prolonged recovery.

What are Common Triggers Alcoholics Face That Can Cause Relapse?

When it comes to predicting relapse, there’s no set formula that will help a person avoid it at all costs. That’s not to say that there aren’t circumstances that an individual can avoid to prevent relapse. Many studies have been conducted to show how both addiction and relapse are influenced by biological, environmental, psychological, and social triggers.

Biological triggers go a long way in alcohol addiction and relapse. Family histories of substance use disorder increase the likelihood of an addiction to alcohol. Some studies that have been conducted have concluded that alcohol addiction is potentially linked to 51 chromosomes in the human body. These chromosomes are passed down from generation to generation, causing individuals to develop substance abuse issues.

The environment is everything; it’s what shapes an individual and builds their character. The behaviors of every breathing person are shaped and influenced by their surrounding environment. Some of these behaviors include dependency on alcohol and other substances. This is why it is imperative to remove individuals from their environments and enroll them into a residential treatment program. This can get them away from the triggers.

Along with biological and environmental triggers, there also exist some psychological triggers for alcoholism and relapse. Some would say that these triggers are the most important to evaluate. Every person on the planet is made uniquely, each with their thoughts and particular worldview. The needs of individuals all vary as well which influences how some people cope. Some of these different factors may increase the likelihood of alcohol abuse.

Those who suffer from mental health disorders are more likely to develop an alcohol use disorder. Even more complicated than that, some individuals are dealing with dual diagnoses (when someone is diagnosed with both substance use disorder and a mental health disorder at the same time). When these psychological triggers aren’t addressed in treatment, it makes maintaining recovery after treatment a lot more difficult. 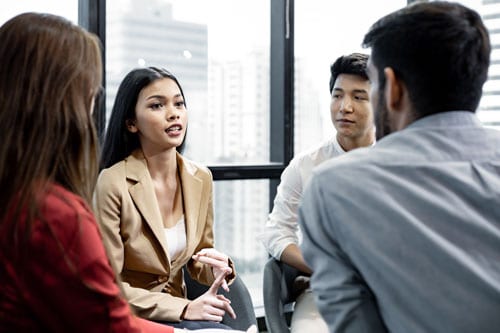 Social triggers include culture, family, religion, friends, loved ones, family, etc. These all have the potential to trigger a relapse. Some addictive behaviors are directly influenced by all of these potential triggers. There are a few common examples in this regard, two of which include family and friends. If someone has a family history of alcohol abuse they will likely relapse. In the same vein, if someone is being peer pressured into abusing alcohol before treatment, chances are they’ll be peer pressured into relapsing after.

Is Relapse More Common With Alcohol Than Other Drugs?

Relapse is more common with alcohol than with other drugs. Anywhere between a quarter and half of all treatment admissions are a direct result of alcohol use disorder. This shows just how prevalent alcoholism is these days, and it’s not just limited to adults. Many adolescents suffer from alcohol use disorder.

One of the most interesting parts about treatment, however, is that those who suffer from alcoholism specifically and receive treatment have a greater amount of success maintaining sobriety for a year or so post-treatment. This is why seeking treatment is imperative and should never be brushed to the side.

Alcoholics By the Numbers

According to some professional studies, somewhere around 88,000 individuals die every year from preventable alcohol-related deaths. Alcohol is responsible for being the third most preventable cause of death in the United States. In addition to this, more than 17 million United States adults suffer from alcohol use disorder.

In 2018, 14 million adults suffered from alcohol use disorder. These numbers are incredibly alarming and just go to show how detrimental alcoholism is in the United States. With numbers like these, it’s difficult to argue that alcohol isn’t a problem. The scariest part is that it’s one of the most easily accessible substances, if not the most.

What Percent of Alcoholics Relapse After Rehab?

Studies show that 20% to 80% of patients who receive alcohol addiction treatment usually relapse in the first few years after treatment is over. The facts and percentages of alcohol use disorder are a depressing thing to fixate on, but there is good news. Some studies have shown that 1,200 individuals suffering from an alcohol use disorder practiced long-term abstinence and were/have been successful in their long-term recovery success. 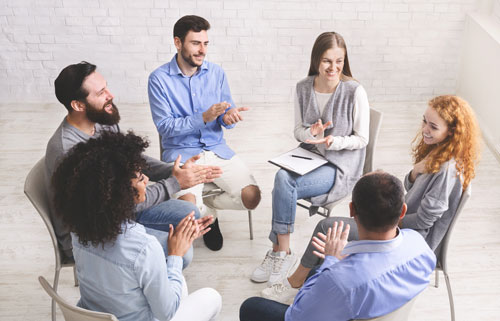 Of all of those who suffer from an alcohol use disorder, one-third of those who relapse in less than a year stay that way. However, if someone who has suffered from an alcohol use disorder can get through an entire year of practicing abstinence, their likelihood of relapse will fall to less than half. The same study found that if an individual can make it five years sober, their likelihood drops to less than 15%.

All of this is said to communicate the fact that the longer someone stays sober, the more likely it is that they will avoid relapse (although it can never be known as a sure thing). Regardless, the chances of relapsing after a prolonged period of abstinence are low, if not second to none. It’s not that it can’t happen, it’s just that it’s not as likely as if someone were to relapse in their first year of sobriety.

It’s Never Too Late to Get Back on Track

Challenges aren’t about how bad you have it; it’s about how you move forward no matter how bad you have it. Relapse is a likely scenario for anyone who has struggled with alcoholism, but the good news is, the world doesn’t keep spinning. We fall so that we can learn how to get back up, and part of that is continuing treatment.

Acknowledging your need for treatment is not shameful; it’s quite the opposite. When someone recognizes their need for help, it’s a symptom of their resolve to take care of themselves and an even greater sign of self-awareness. Not only will this help a person know what they need, but it will help them be honest with themselves and where they are in their recovery journey.

Find The Support You Need Today