Adderall and Caffeine: Can You Drink Coffee While Taking Adderall?

The Adderall and caffeine interaction is not really a concern when mixing...

The Adderall and caffeine interaction is not really a concern when mixing only small amounts of coffee or other caffeinated beverages. However, anyone that is prescribed Adderall should be cautioned about ingesting too much caffeine.

Stimulants can have negative effects on your body’s organs and internal systems, even by themselves. Mixing any two types of stimulants, such as Adderall and caffeine can double the negative effects.

If you are looking for ways to increase alertness, there are other methods that are much safer and will not risk your overall health. If you are prescribed Adderall, you should talk to your doctor about those options before mixing Adderall and caffeine. If you are abusing Adderall without a prescription, you should reach out to a medical professional about treatment options.

How Does Caffeine Interact with Adderall?

Both Adderall and caffeine are stimulants and will both cause increased heart rate, elevated blood pressure, alertness, sweating, and loss of appetite. Since they are both stimulants they will enhance each other and cause intensified symptoms of each substance and cause overstimulation.

In small doses, overstimulation is rarely a concern, but it’s hard to detect when a person can slip from a small dose to a larger dose. Overstimulation causes general anxiety, insomnia, panic attacks, headaches, seizures, aggression, and paranoia. Even mild bouts of overstimulation can bring on insomnia and anxiety – which is obviously extremely unpleasant. That’s why mixing Adderall and caffeine is not advised.

What Should I Avoid While Taking Adderall?

You should always discuss what you should and should not take with Adderall with your prescribing physician, as they will have a specific set of guidelines.

Generally speaking though, You should refrain from the following when taking Adderall:

If you take more or less than the prescribed amount, Adderall may cause adverse effects. It’s important to take this medication strictly as prescribed. Mixing Adderall with other prescription medications is generally not a problem as long as your prescribing physician is aware of all the medications you are taking and has determined there will be no negative interactions. This is also why it’s important to be as forthcoming as possible about your medical history.

How Alcohol and Adderall Interact

Both alcohol and Adderall have the potential for abuse. Adderall is considered a schedule 2 drug that is only available by prescription for this reason. Adderall is a stimulant and alcohol is a depressant. This means that when you ingest both they will compete within your body and essentially trick your natural senses.

Drinking alcohol while taking Adderall will make it more difficult to tell how much alcohol you’ve consumed. Adderall counteracts the immediate symptoms and effects of alcohol and increases your chances of alcohol poisoning. Just because you don’t feel like your drunk, does not mean you’re not intoxicated.

Mixing Adderall and alcohol can ultimately lead to overconsumption and risky behavior. Both substances can enhance side effects and lead to overconfidence, aggression, and overall bad decision making. If you have a problem mixing alcohol and Adderall, it may be a symptom of a larger substance use disorder.

Ingesting illicit substances is never advised, however mixing them with Adderall can prove to be even more problematic. In general, the strength and make-up of most illicit street drugs is unknown. So it’s difficult to determine how each substance will react with your body and Adderall.

Illicit stimulant substances like meth and cocaine will multiply the effects similarly to mixing Adderall and caffeine. However, both meth and cocaine are much stronger substances, and the risks associated with mixing with these stimulants are much greater. If you are concerned about chest pain and Adderall, or Adderall and heart palpitations associated with caffeine; mixing Adderall with meth or cocaine is definitely much worse.

Illicit depressant drugs like heroin or other opioids will compete with the Adderall in your body, as it does with alcohol. However, opioids are much stronger and the risk of overdose is much greater. This is especially true with extremely strong opioids such as fentanyl. It only takes a small dose to be fatal.

Vitamin C and How It Interacts with Adderall

Foods and beverages that contain large amounts of ascorbic acid (vitamin C) or citric acid will prevent the absorption of both Adderall IR and XR into the body. This also includes things like Emergen-C, Airborne, or other vitamin C supplements. This is also true about foods and beverages with high amounts of preservatives. As a general rule, you should avoid taking these substances an hour before and after taking Adderall.

High levels of vitamin C will cause the body to expel amphetamines into the urine, meaning your body will not absorb any of the medication. This is because Adderall is an alkaline substance, while vitamin c is acidic, so they essentially neutralize each other. This is actually true of most ADHD medications, so it’s important to watch what you are consuming so that your medication works properly.

Does Caffeine Affect All ADHD Medications?

Other common stimulant ADHD medications include:

If you do take caffeine with an ADHD medication, take note of any and all side effects and report them back to your doctor. Remember, mixing ADHD medications with caffeine can also cause serious heart or blood vessel problems. You’ll want to make sure your doctor is conducting tests regularly to monitor the Adderall and caffeine interactions.

Can Adderall Cause Heart Attack?

More serious side effects of Adderall can include a heart attack or a stroke. Stimulants can cause your blood vessels to constrict. This means your blood pressure will be elevated and it can even interfere with your blood circulation.

If you are taking Adderall as prescribed by your physician, you should not be experiencing chest pain, heart palpitations, or be at risk for heart attack.

Yes, Adderall can permanently change brain chemistry if it is used in high doses and for long periods of time. However, the consequences to the brain can be undone if the use of Adderall is discontinued. However, if you are consistently using Adderall as prescribed, you should not be too concerned about brain chemistry changes, as these shifts should be monitored closely.

Only recently have doctors started studying the long-term effects of Adderall, due to the amount of abuse that has occurred. If you’re taking Adderall without a prescription, then you should be absolutely concerned about the brain chemistry changes.

If you continue to abuse Adderall, it will slow down the production of neurotransmitters in the brain. Over time, Adderall will lead your brain to believe that it is functioning properly with the Adderall present. Without your brain actively creating neurotransmitters (such as dopamine), if you stop taking Adderall you will experience withdrawals.

Feelings of depression, sluggishness, confusion, and irritability often follow someone who is withdrawing from Adderall. This generally prompts the person to seek out more of the medication to offset the symptoms. 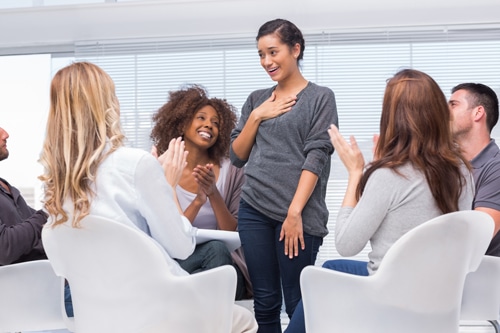 If you or a loved one are dealing with unwanted side effects that you believe are related to Adderall, then you should speak to your physician as soon as possible. When Adderall is taken as directed your risks should be minimized.

However, if you are abusing Adderall you may be experiencing the following negative symptoms:

If you or a loved one has been taking Adderall without the oversight of a medical professional, it’s even more important to get support. This is especially true if you’re finding yourself dependent on this prescription medication.

Are You or a Loved One Mixing Adderall with Other Substances?

Adderall is only available through a healthcare provider. Taking Adderall without a prescription is never advised. Adderall is a schedule 2 stimulant drug. The risks associated with Adderall are such that a doctor should be monitoring your use for safety.

If you or a loved one is abusing Adderall by taking more than prescribed or mixing it with other substances the risk is greater to experience chest pain, heart palpitations, or other negative effects. Mixing Adderall and caffeine is not recommended unless the use is discussed with your doctor.