Mixing any drugs can be dangerous. Some concoctions can even be fatal. Alcohol and benzodiazepines, the class of drugs to which Xanax and Valium belong, resulted in 10,724 American deaths in 2018. According to Alcohol Rehab Guide, alcohol and Xanax are one of the most popular drug combinations.

Alcohol and Xanax raise the activity of gamma-aminobutyric acid (GABA) in the brain, creating a sedative effect on the body. The purpose of GABA is to slow the central nervous system. By combining these two substances, a body can become oversedated, among many other medical emergencies, which can lead to death.

Why Do People Mix Drugs? 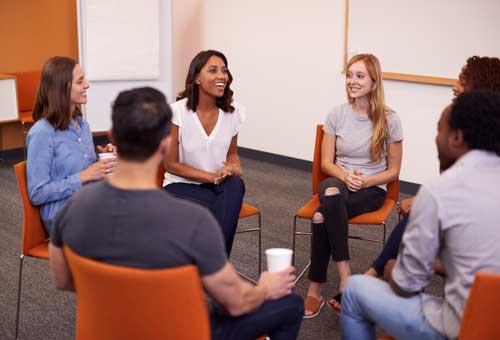 Prescription drugs, over-the-counter drugs, illegal drugs, and alcohol all affect our bodies differently. For example, stimulants make our heart beat faster, while a depressant will calm us down. Mixing drugs will create cocktails that may intensify the effects of a drug. Mixing other drugs will calm the effects of one drug while exacerbating others. For example, a person who takes a lot of stimulants might have trouble sleeping that night. Consumption of depressants will allow individuals to sleep.

Here are some reasons why people mix drugs:

To enhance the effects of a drug

Examples could include someone on cocaine drinking alcohol or someone on ecstasy smoking a cigarette.

To reduce the effects of a drug

Examples could include someone on cocaine taking a sleeping pill or someone on ecstasy using cannabis.

Intoxicated people will often experiment with a mixture of drugs. If A and B produce euphoria, what level of inebriation would both combined bring?

A drug user who has become tolerant to a substance may require more of a drug or a combination of drugs to maintain a level of intoxication.

How are Xanax and Alcohol Similar?

Alcohol and Xanax are two peas from the same pod. The similarities between these two drugs are immense. Alcohol and Xanax are both depressants, they both provide a brief feeling of euphoria and sedation. These two substances are also alike in their addictive nature as well.

Benzodiazepines are the number one selling class of prescription drugs. Xanax is one of the pharmaceutical industry’s best-selling drugs. Currently, there are 94 million benzodiazepine prescriptions circulating across America. That is one benzo prescription for every three Americans.

In the 1960s, benzodiazepines replaced sedative-hypnotics, such as barbiturates, as the main medicine used for sleeping disorders and anxiety issues. Barbiturates were more addictive and less effective than their replacements. Today, benzodiazepine is used for medical sedation and to treat anxiety, withdrawals, seizures, sleep disorders.

The Austrian scientist Leo Sternbach developed benzodiazepines. In 1956, he developed chlordiazepoxide. In 1960, the drug was approved for medical use. After several years of research, Sternbach developed diazepam, which would go on to become the most widely prescribed drug in America. 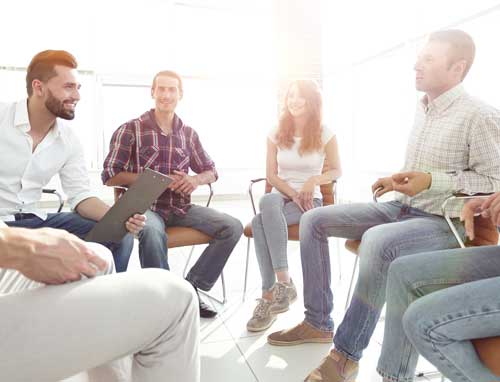 Brand names for alprazolam are Xanax, Xanax XR and Niravam. Alprazolam is sold under the name Xanax and is the single most prescribed psychiatric medication in America. The Food and Drug Administration approved the drug in 1981. As stated earlier, Xanax boosts the natural chemical gamma-aminobutyric acid in our brains, which slows the movement of brain chemicals. As a result, a calming sensation is created.

Taking Xanax at the prescribed dosage is considered safe. However, before a doctor prescribes the medicine they will make several determinations and warnings regarding their patient.

When used properly, Xanax can be enormously helpful in certain conditions. An individual with an anxiety-related mental illness will find that Xanax will help them calm down and avoid crippling panic attacks. Essentially, Xanax allows many people to function in the world properly.

The Benefits of Xanax are the Drug’s Pitfalls as Well

Tolerance is the most dreaded word in the English language. When our bodies consume something that helps us or that we enjoy, for a long enough amount of time, eventually our bodies will become tolerant and require more.

As a person continues to consume Xanax, the brain gets used to receiving the feel-good neurotransmitter GABA from the drug. When this occurs, the brain stops producing GABA on its own and all of the feel-good reactions of GABA, such as the effects of the natural chemical dopamine, cease in the brain.

A Xanax user will quickly find themselves hooked, or at least the tolerance will force the users to consume different cocktails of numerous drugs or a higher dosage of the drug. When the dosage is not as affected as it once was, people may start drinking alcohol in addition to the Xanax.

Alcohol and Xanax Increases the Chances of an Overdose

Using any depressants that affect our central nervous systems, puts the user at risk of overdosing. Metabolizing is the process our bodies use to break foods and substances we consume down in our bodies. Our livers metabolize drugs at different rates. Alcohol is metabolized first. So if a user takes Xanax and starts drinking alcohol, the Xanax will wait patiently in the body as the liver metabolizes the alcohol. If the user keeps drinking alcohol or takes more Xanax later in the evening or both, there will be a dangerous amount in his system.

Another common event that leads to an overdose when taking alcohol and Xanax, is the sedation effect of the drugs. Both alcohol and Xanax have similar properties, causing the body to feel lethargic. When combined, the sedation is even more pronounced. It is in this heightened state of inebriation, that many overdoses occur. A user that has consumed large amounts of alcohol and Xanax runs the risk of relaxing and slowing and even stopping necessary functions of the body, like breathing or the muscles that make our hearts beat.

Other ways that alcohol and Xanax can lead to an overdose are respiratory depression, excessive sedation, and cardiac problems.

Effects of Ethanol on Xanax

To put it simply, taking Xanax and alcohol intensifies the side effects of both. Researchers are not sure exactly why this occurs. However, a 2018 study entitled “Influence of ethanol on the metabolism of alprazolam”, featured in the forum Expert Opinion on Drug Metabolism & Toxicology, revealed that the presence of ethanol, which is the main ingredient in alcohol, can increase alprazolam in the bloodstream.

Xanax and Alcohol Side Effects 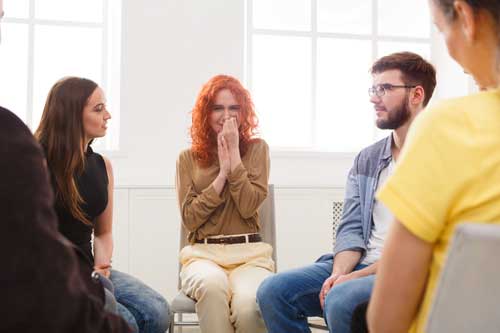 Xanax and alcohol generally cause people to be sedated, euphoric, and calmed. However, mix both of these substances together, possibly at high dosages, and the Xanax and alcohol side effects will be exponentially more powerful.

Xanax and alcohol are depressants, meaning that their chemical makeup will slow the pace at which the body functions. Xanax might make it a bit difficult for a person to balance themselves, control their muscles or even speak a sentence that is not slurred.

Long-term usage of Xanax and alcohol will include turbulent mood swings. An individual can develop severe depression after using the drug for a long time, by modulating the bodies’ serotonin levels. Suicidal thoughts sometimes appear in the head of a long-time Xanax user. Alcohol is also a depressant, and can also cause sadness and depression. Using these two substances together, over a long amount of time, could be devastating to an individual.

Xanax and alcohol produce extravagant euphoria. Combining both substances increases a user’s chances of blacking out. One could wake up the next day, with no idea of what happened the previous evening.

Let Addiction Intervention Show You the Way to Sobriety

Of course, the more Xanax and alcohol one consumes, the better the chances are of the addiction ending in a tragedy. According to the Addiction Center website, alcohol and downers (including Xanax) are two of the top five most addictive substances on the planet. Xanax and alcohol side effects are deadly and addiction must be treated.

How does an individual know that they need help? There are signs to look out for in Xanax and alcohol addicts. Do you need to increase your dosage to get the required effect or suffer from withdrawal when you don’t take your drugs? Are you constantly worried about getting your next fix? Get help before it is too late. Easier said than done.